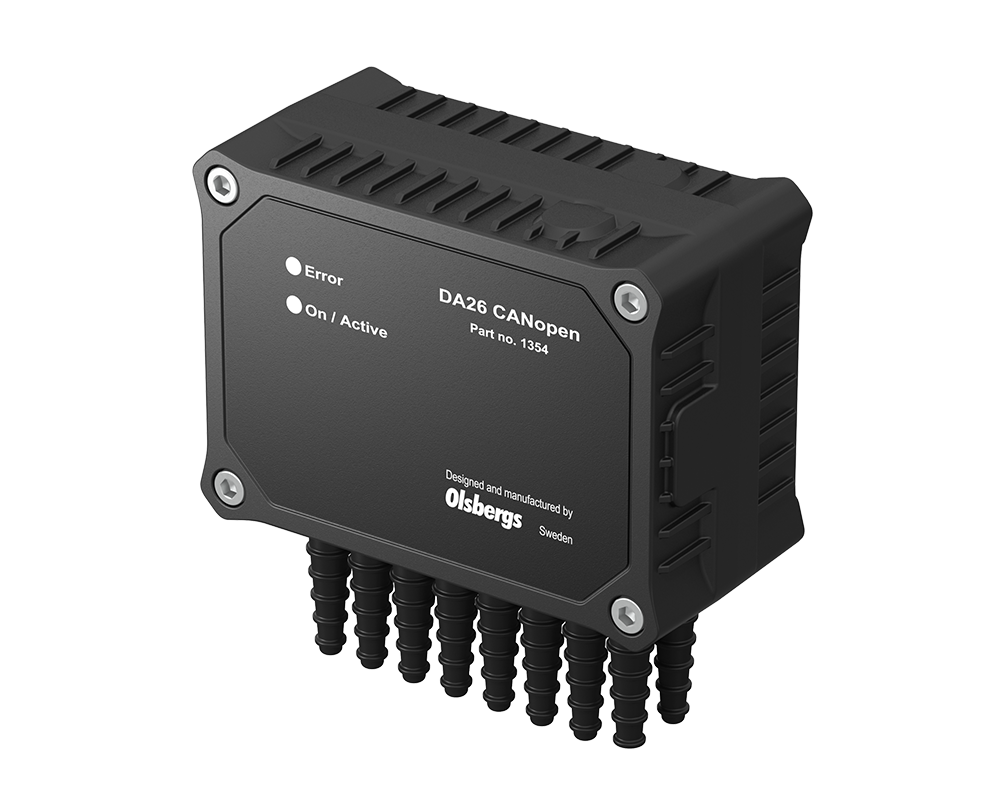 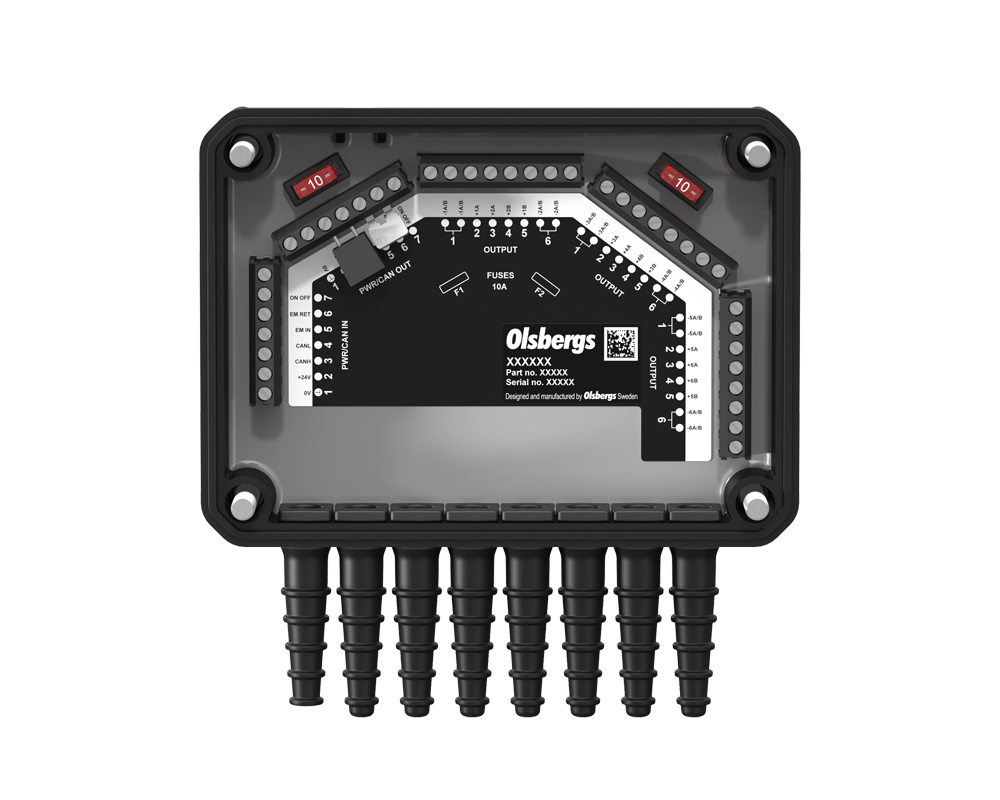 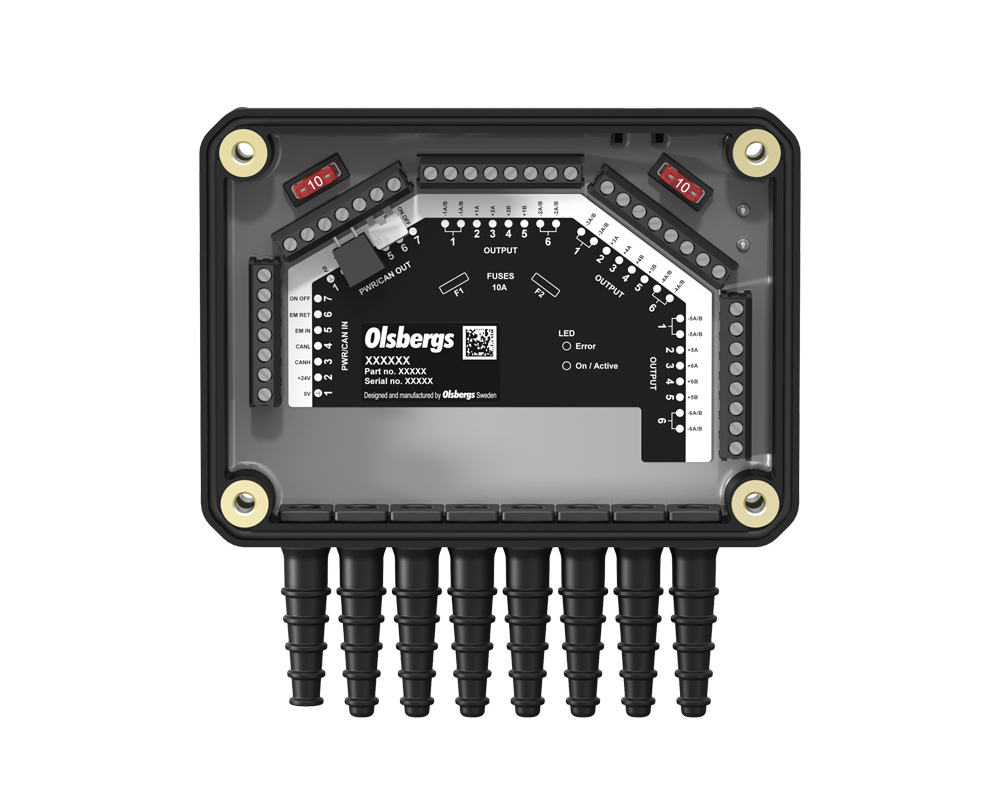 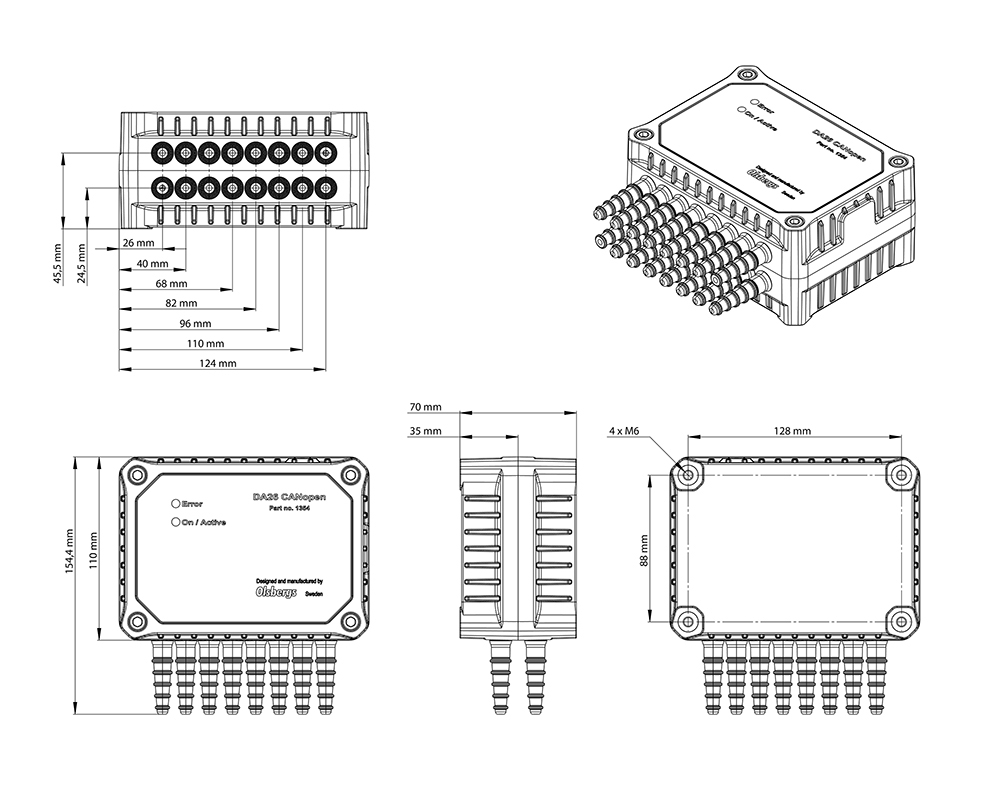 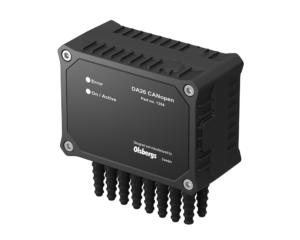 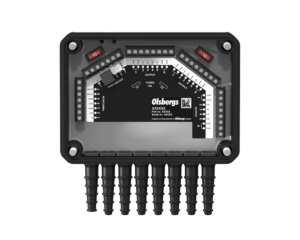 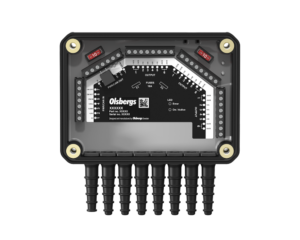 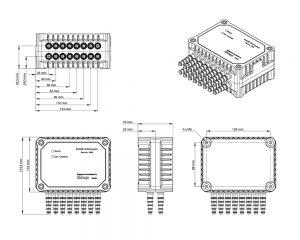 With valve control DA26 CANopen the perfect link is established between any remote control system and Olsbergs control valve.

Proportionality at every stage provides superior command and control characteristic.

Depending on lever angle the DA26 CANopen supplies the positioner solenoid on the control valve with proportional current from 0 to 500 mA which in turn controls the valves spool position.

DA26 CANopen has a modular design, top and bottom. It is configured based upon the number of outputs needed and if they should have PWM functionality for proportional control or act as an relay function.

Each top and bottom can control up to six hydraulic functions in two directions.

Status is indicated via two LED per modul.

Cablings to the positioners on the hydraulic valve

DA26 CANopen is mounted on a suitable location and from there cables go out to the control valve/valves.

DA26 CANopen is often mounted in a tough environment and is designed according to  IP67 for good protection against damp, dust and dirt.

Separate feeding of one drive unit.